The Coeur d’Alene Resort Holiday Light Show has been voted the No. 4 best public lights display in America by USA TODAY. 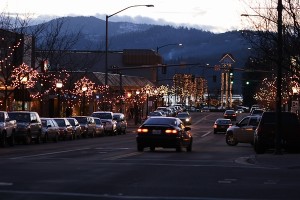 “This is quite an honor for Coeur d’Alene,” said Jerry Jaeger, president and co-owner of Hagadone Hospitality Co. “Our holiday spirit makes our town a destination that ranks at the top with some of the biggest cities in America.”

“The competition was intense, starting with 20 nominees selected by Deborah Norville of Inside Edition,” USA TODAY said in a statement.The designation was announced this week as part of the 10Best Readers’ Choice Awards.

“The Holiday Light Show has become an amazing tradition,” said Capt. Carl Fus, head of Lake Coeur d’Alene Cruises, which stages the Journey to the North Pole cruise to see the light show. “It’s really great that we now have parents who were taken to the North Pole by their moms and dads who are now bringing their own kids.” 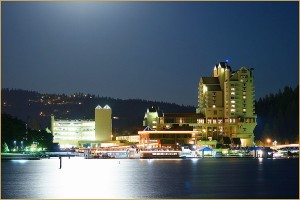 10Best provides “original, unbiased and experiential travel information about top destinations in the U.S. and around the world.”

“Our readers are well-informed, well-traveled and opinionated,” said John Peters, president of USA TODAY Travel Media Group. “A destination which finds itself the recipient of a 10Best Readers’ Choice Award has really accomplished something.” 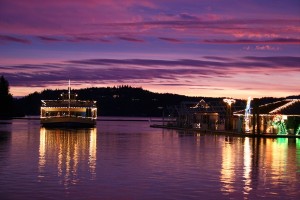