It’s because they are.

In a press conference Tuesday, Kootenai Health officials announced that the hospital is now one of just 30 national affiliates of the prestigious Mayo Clinic Care Network.

That relationship does more than put a brighter shine on Kootenai Health’s reputation.

“Kootenai Health will continue to be a locally owned community hospital; we’re proud of that designation,” said hospital CEO Jon Ness. “The purpose of this new arrangement is so we can provide advanced medical information and technology for our medical staff to allow patients to stay closer to home for health care at a lower cost.

“We’re honored to be their clinical partner and collaborator going forward.”

Kootenai Health became not just the first Mayo affiliate in Idaho, but the first in the Pacific Northwest. 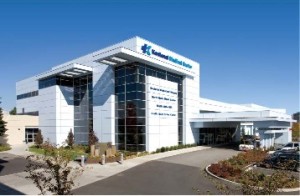 According to Dr. David Hayes, medical director for Mayo Clinic Care Network, Kootenai Health and Mayo are both committed to patient-centered care, which is why they’ve already worked together on a limited basis over the years. As of Tuesday, that mutual commitment became magnified.

“We have been on this journey for a while now and are really excited that Kootenai Health is the newest member of the Mayo Clinic Care Network,” Hayes said.

Hayes said the relationship “fosters physician collaboration. We think that the way to the best patient care is by integration and physicians working together.”

Hayes said the many changes going on now in the health care industry “fragment care,” but that through the network, physicians and organizations both get to know each other much better – and that pays off for the patients. 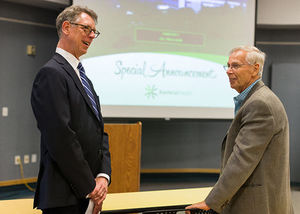 “This is a way to do that and keep the patient locally,” Hayes said. “We think it’s all about providing the best care for the patient … and keep people at home so they don’t have to travel. We think that’s

Hayes said Kootenai Health was chosen after a rigorous due diligence process, in part because the two organizations are culturally similar.

“The patients are the center of everything,” he said. “Our mantra internally is that the needs of the patient always come first, and I think we truly live that.”

Common denominators of all 30 affiliates, he said, are high quality and the fact that they are all patient-centric organizat

ions, but there’s something more.

“There’s a certain amount of chemistry,” he said. “We have many, many conversations, but there is usually in the first conversation or two a watershed moment where both groups say, ‘There is chemistry here or there is not.'”

With Kootenai, a phone call with Ness started the selection process, Hayes said. In January, a Mayo team visited.

“We go through an extremely deep d

ue diligence process, but I can tell you that, as somebody who’s now done this for awhile, you walk into an organization and you get a sense of leadership and what the mission is for the organization,” Hayes said.

The new partnership puts two powerhouses, one local and one national, on the same team. According to the most

recent ratings by U.S. News & World Report, Kootenai Health is the best hospital in Idaho, tied with St. Luke’s Regional Medical Center in Boise. At the same time, the Mayo Clinic, based in Rochester, Minn., is rated the No. 1 hospital in the U.S.

Kootenai Health outranked 50 other Idaho hospitals. Mayo was rated tops among nearly 5,000 medical centers across the country, according to U.S. News & World Report.

Paul Anderson, a member of the

Kootenai Health board of directors for 17 years and its current chairman, said the hospital’s focus has always been on providing excellent patient care.

“The people of Kootenai County own this facility. We work for them, and we want to provide absolutely the best quality of care possible.”

Steve Griffitts, a member of th

“Health care excellence is vital to a community’s ability to attract and retain great companies,” Griffitts said. “This partnership further strengthens our position as an outstanding area for companies to consider.”

th Kootenai Health is exclusive for this area. No Spokane-area hospitals will become Mayo network affiliates, he said.

Ness said the hospital will pay a “reasonable” fee to Mayo for its services, but that Kootenai Health physicia

ns and patients won’t be charged a penny of it. In the long run, he added, the fee is insignificant.

“It’s immaterial compared to the quality of care that will result from this for our patients,” he said. 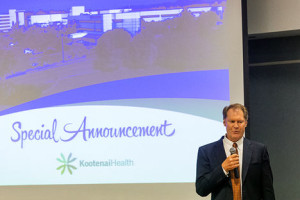 , with Kootenai Health in our local market, we b

elieve will ultimately help us recruit hard-to-recruit physicians in different specialties, possibly new members of our leadership team, possibly new employees in the organization, so … we think this overall relationship is going to help advanc

e Kootenai Health not just from a patient care standpoint, but from a regional reputation standpoint.”

Growing pains don’t have to hurt.

wth. He said the hospital’s total delivery of all services has increased 10 to 15 percent annually for the past three years, and that trend is likely to continue or even accelerate.

“That’s one of the reasons we’re doing the building expansion,” he said of the $57 million first phase of construction going on ri

ght now. He added, however, the expansion would have gone on even without the expected boost from Mayo.

Dan Klocko, the hospital’s vice president for human resources, said Kootenai Health now employs 2,525 people. He said each of the past five years, the hospital has added, on average, 75 to 100 employees. Klocko said the average pay is $48,000, not including a strong benefits package. He said further hiring is expected.

“So we’ve got a parking problem,” N